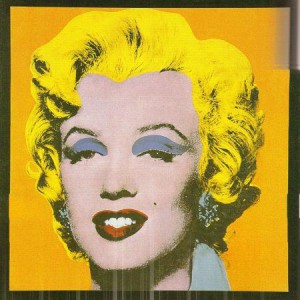 The project Slovak Season in Warsaw was held in 2002 and became a milestone in mutual Slovak-Polish relations. Its unique conception dragged the attention of professionals and broader public to the diverse field of contemporary Slovak culture. The event was held under the patronage of Aleksander Kwasniewski, President of Poland.

We introduced trends in Slovak contemporary art through various exhibitions of contemporary Slovak artists, an exhibition of documentary photographs and a jazz concert. The event took place at Contemporary Art Center in Ujazdovsky Palace and at the Little Gallery in Warsaw.

Exhibition of Andy Warhol initiated the project. Warhol was presented as the creator of the second half of the 20th century icons. His pop art works were confronted with original icons of 13th-17th century. Surprisingly, they had a lot in common with Warhol’s creations. The icons originals came from eastern Slovakia, where the artist’s family originated.

The event was also accompanied by an exhibition Cult Paradox, which introduced the works of three current generation artists: Mark Blaža (1972), BohdanHostiňák (1968) and MilošKopták (1969). The exhibition through phenomena facet and visual identity very gently referred to the tradition of pop -ART. The individual artists placed the emphasis on ready-made features, graphic design and trash elements in their works. They presented a wide variety of works, from paintings, drawings through objects, buildings and installations. The curator was BohunkaKoklesová.

The exhibition of Martin Kollar‘sdocumentary photography Report on the State of the Country 001, had the character of a personal documentary record. Photos presented the daily life of citizens in Slovakia.

As part of the program a concert of Dodo Šoška took place. He had had more than 40 years of artistic activity and he had a significant position among the renowned percussion soloists in Slovakia and abroad.

In the end, a show of art clothing – paper objects took place in the town center. The authors were Slovak and Polish renowned artists.