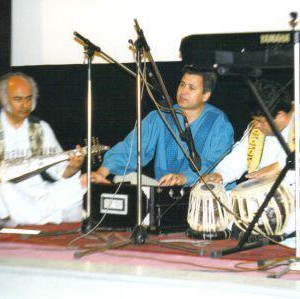 The project realized in 2002 was given a fitting subtitle, Hope for Afghanistan, and took place to celebrate the Afghan New Year, Nawroz. Several leading experts gave contributions at the seminar: Martin Rajec (TA3 television reporter who presented during the war in Afghanistan), Joseph Marhefka (4th Territorial Deputy Director of the Department of Ministry of Foreign Affairs), Douglas Hengel (Deputy Chief of the Mission, Embassy of the USA in SR), and Mary Black (UNHCR spokesperson). The seminar was hosted by Pavol Demeš, the Director of the German Marshall Fund of the US for Central and Eastern Europe and also a member of the ACEC advisory board.

The presentations covered the history and culture of this war-torn country, post-September 11th events in Afghanistan, and visions for the country’s future. A special part of the seminar was about Slovak-Afghan relations, the options regarding encouraging Slovak governmental and non-governmental organizations to get involved in campaigns in aid of Afghanistan, the possible participation of Afghan experts resident in Slovakia in helping Afghanistan directly, as well as in assisting Afghan refugees in Slovakia.

Sahraa Karimi – the name of a young woman who became famous in Slovakia as a filmmaker. In 2002, she played the main role in the Iranian film Daughters of the Sun – an Afghan refugee, who at the time applied for refugee status in Slovakia. It was her participation in the event which became a materialization of why Afghanistan needs help from Slovakia.

Slovak Afghan Union representatives officially presented the Certificate of Merit for the support and development of tolerance, co-existence, and assistance for the integration of Afghans in Slovakia to Ladislav Ďurkovič, and the Slovak High Commission for Refugees and the Slovak Immigration Office of the Ministry of Interior of the Slovak Republic.