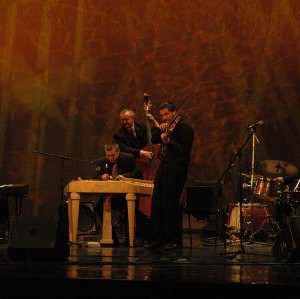 Artistic and cultural communication over the centuries has effectively assisted in overcoming differences at hand, as well as borders and language barriers. In late 2006, the project’s aim was to rectify the socio-political atmosphere between Slovakia and Hungary through mutual cultural communication, which has the ability to support the strengthening of democratic values and civilization.

The event, Slovakia – Hungary, the Art of Cultural Communication, opened on the 26th of November at the Slovak National Theatre, with a concert by Bashavel and Ghymes, the repertoire of which stemmed from Slovak and Hungarian folk music. To hear both groups playing together on the same stage was a unique experience.