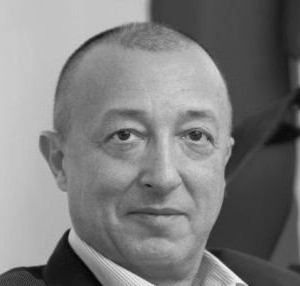 Robert Šimončič has over 30 years of professional experience in the U.S. and Slovakia.

He headed the Slovak branch of Microsoft and in April 2004 he was awarded the prestigious award IT Personality of the Year 2004 in Slovakia. Prior to joining Microsoft Slovakia he worked in the field of management consulting, first with PricewaterhouseCoopers as Principal Consultant and later with IBM as Senior Manager of Business Innovation Services Division in the U.S. His primary field in business consultancy was development of company strategies and government organizations. He was the President of the Board of Directors of the American Chamber of Commerce (AmCham) in Slovakia and also the Chairman of the Board for the American Chambers of Commerce (European Council of American Chambers of Commerce – ECACC). From December 2010 he is the CEO of Slovak Investment and Trade Development Agency (SARIO). He also serves on the board of two leading Universities in Slovakia.

He is a board member of the University of Economics in Bratislava. Since May 2013 he has also served as the Chairman of the Board of the Comenius University in Bratislava. He is married and with his wife Lucia he is raising their rapidly growing twins, Esther and Goran.