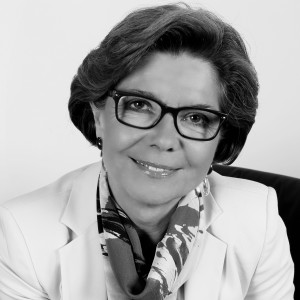 Ms. Regina Ovesny-Straka started her professional career at Creditanstalt Bankverein in Vienna where she held several managing positions. Since 1994, she acted as a Member and Speaker of the Managing Board Creditanstalt, a.s. Bratislava for four years and in 1999 became a Chairman of the Board of Directors at Bank Austria Creditanstalt Slovakia, a.s.

She spent 8 years (2001-2009) as a Chairman of the Board of Slovenská sporiteľňa, a.s. overseeing retail sales, product management, PR, and others. During the same time period, she acted as a President of Slovak Banking Association.

In the following years (2009-2014) she became Chairman of the Board of the Salzburger Sparkasse Bank AG, and also a President of the Landesverband Mitte West of the Austrian Savings bank association.