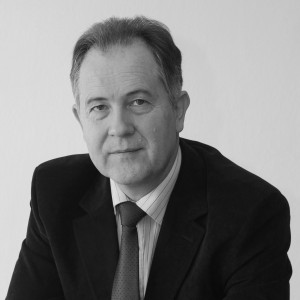 Pavol Demeš was born 8.1.1956 in Topoľčany and grew up in Vráble where he graduated from primary and secondary school. In 1975 he began studying the biology at the Faculty of Natural Sciences at Comenius University in Bratislava and after two years he changed the specialization at Charles University in Prague.

After Velvet Revolution he stepped into public life. Since 1990 he worked as a CEO of the Department of International Cooperation at the Ministry of Education in Slovakia, subsequently as a minister of international relations of Slovakia (1991-1992), the CEO of Slovak Academy of Sciences – SAIA. During 1993-1997 was an adviser of the president of republic for the foreign politic.

During 1997-2000 he leaded SAIA again. Since 2000 he worked in significant American non-governmental organisation German Marshall Fund, at first as a CEO for the Middle and East Europe in the seat of Bratislava and since September 2010, already in the unattached profession, he is an analytic (senior transatlantic fellow) CMF US. Dr. Demeš published many popular articles, specialized studies and book publications from the area of international relations and civil society. He is an active photographer.

His photos were on shown and published in the variety countries of the world. Since February 2014 he has two own sessions about international relations and diplomacy on the internet Tablet.tv in TASR.