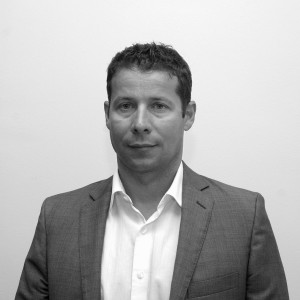 He is the partner of the lawyer office Krivák & Co.

He graduated at the Faculty of Law at Comenius University in Bratislava and he gained the doctor degree in Law.
After signing to the list of lawyers to the Slovak Bar Association, he worked in the lawyer office Gerret & Co.London (1996-1997) and was the main counsel of Arhur Andersen in Slovakia (1996-1998).

Since 2005 he is the cerficated mediator and attends to the alternative solutions of conflicts. He is the member of the Czech Bar Association and the International Bar Association. He is incorporated as the judge in the list of The Court of Slovak Arbitration (2003).
As a manager partner of Krivák & Co. offered the lawyer advice to significant Slovak banks, participated in a lot of privatized projects, treated and leaded the project about exacting the debt resulting in the consequence of financial crisis on Russian financial market in the value of 86 million USD. He leaded the sale of the company Priemyselná banka, a. s., represents the Slovak Republic in the variety of significant judge cases.

As a lawyer he has a great reputation on the Slovak market and has very good contacts with significant personalities from Slovakia and from abroad, too. He has a great communication skills and as a lawyer he markedly supports charitable activities pro bono.
He regularly participates in the different professional conferences in Slovakia and abroad, constantly educates yourself and extends his qualification. He took part in the variety of specialist courses at Redcliff College in London (1994), London School of Economics (1996), College of Europe, Bruges (2003) and Academy of European Law ERA, Trier (2003) and others.