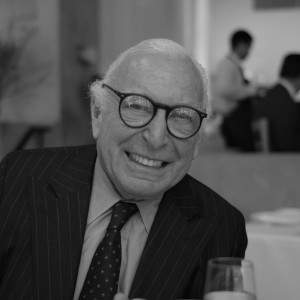 Carl Spielvogel (born December 27, 1928) is a former United States ambassador to the Slovak Republic. Spielvogel was appointed to the post by President Bill Clinton on August 3, 2000 as a recess appointment. He presented his credentials on September 7, 2000 and served in that post until April 15, 2001. He is a member of the Council of American Ambassadors, and the Council on Foreign Relations.

Prior to serving as ambassador he served as chairman of the United Auto Group and co-founded the advertising firm of Backer and Spielvogel. Spielvogel is one of the nation’s leading global business executives, and has conducted trade and commerce in fifty-five countries during a forty-year career. He is the chairman and CEO of Carl Spielvogel Associates, Inc., an international investment, management and marketing company.